A peek into the mind of Meek Mill… The greatest rapper in the world.

Can’t wait to put  “Dreams Worth More Than Money” out there. This album really lets ya boy Meek cut through all the superficial bullshit in hip hop. It’s also gonna let my talent speak for itself… Which is why it’s so important that Drake tells people how dope it is.

I heard her laughing on the phone with Weezy last night… Asked her if something was going on, and she says, “I neva fucked Wayne, I neva fucked Drake…”. I didn’t even ask about Drizzy, so it’s weird that she keeps asserting that shit. Are we in Africa? Cuz I’m feelin like she’s takin me on a Safaree (Note to self… Use that line in my diss track to Nicki when she inevitably drops me for somebody handsome and talented).

Also, why the fuck is Drake so silent about my album? I know I ain’t one of his WOEs; but I feel like the only reason he has anything to do with me is because of Nicki… Almost like he has no respect for me what-so-ever… As a man or an artist. Na! That’s crazy. I’m goin on tour behind my world famous girlfriend. Of course Drake respects me.

Aubrey don’t wanna throw that OVO love my way? No problem! SHOTS FIRED! Me and Flex gonna take him out at the knees; like some Gossip Girl Goons. I got some circumstantial shit on him that will in no way backfire on ya boy Milly.

Better start working on that diss track right now, so that I have some real fire ready, several days after Drake hits back.

Maybe I can record an apology album, and call it “If You’re Reading This, I’m Sorry”. Or make a diss track that is so terrible, it seems like I’m apologizing. 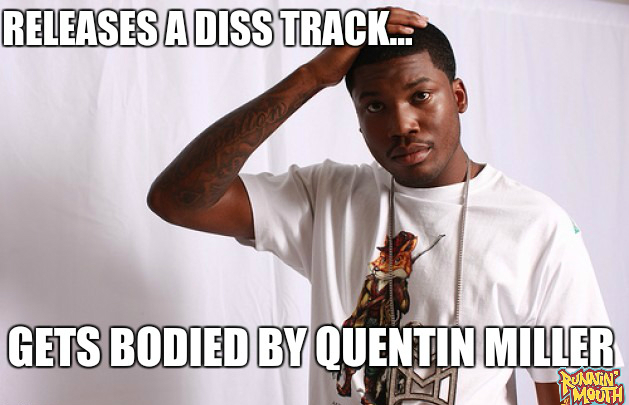 One thought on “MEEK MOMENTS”